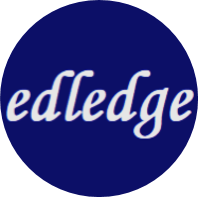 Microsoft has released windows update patches for December 2022. Some new update patches are causing issues. This is mostly happening with Windows 11 22H2. Windows 11 KB5021255 (version 22H2) and KB5021234 (version 21H2) updates are causing major issues for the operating system. However, Microsoft has yet to acknowledge the issues with December 2022 cumulative update for Windows 11. There was a very well-known Black Screen Issue Over Video Call On Microsoft Teams, fortunately, there is a solution for it.

Users are reporting installation problems when trying to download KB5021255 and KB5021234 updates. Installation of the updates is failing. When the installation fails, users do not see any error information to know what went wrong during the process.

A few users have reported they are getting error code 0x800f081f while trying to install the windows updates. Also, In some cases, the installation begins, but the process fails midway and the operating system rolls back to the previous build with no further details.

In some reported cases after updates installation users have run into performance issues including a bug where the AMD CPUs started for freeze for some time and then started working again. The affected AMD hardware includes Ryzen 5 4600GE, but clients on Windows 11 21H2 are not affected, according to tests.

If you are using any third-party start menu customization tool then it could be possible that the start menu has been broken after December 2022 windows updates. In this case, it looks like a third-party app called “Explorer Patcher” is in conflict with Windows 11’s December update and it could break the Start menu.

To uninstall the third-party customization tool, follow the steps mentioned below

Please note, the above mentioned issues are yet to be acknowledged by Microsoft. Though, Microsoft has acknowledged the issues with the December 2022 updates i.e. KB5021233 which is causing BSOD in windows 10 machines.